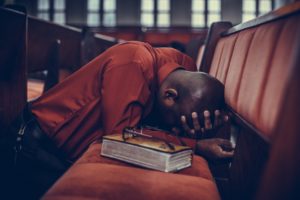 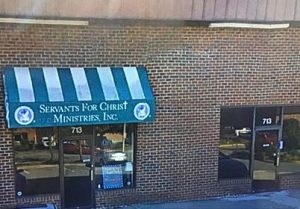 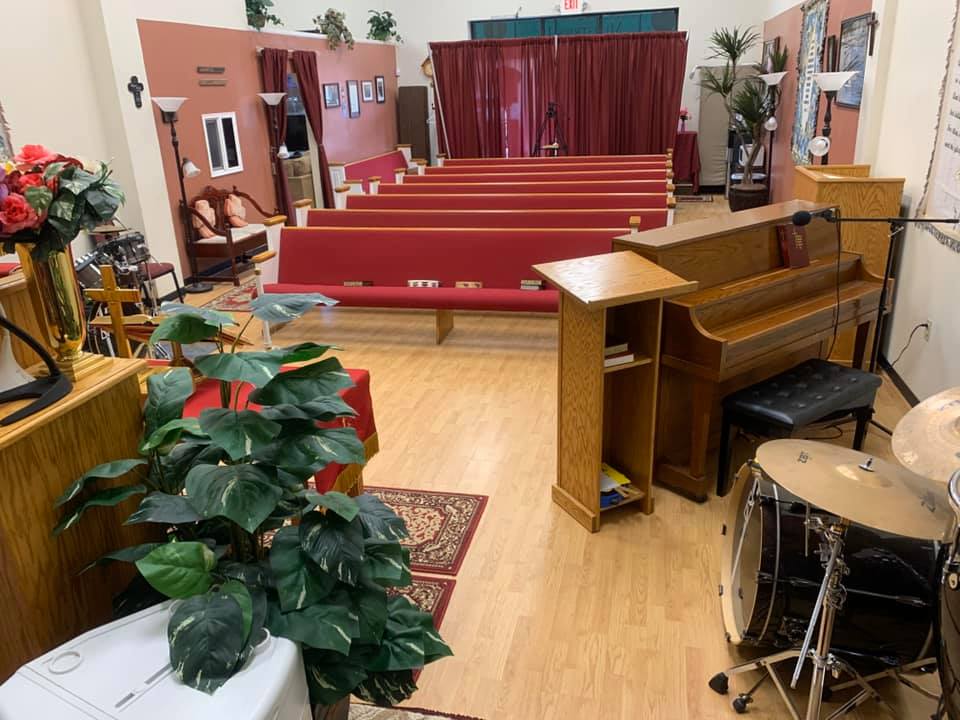 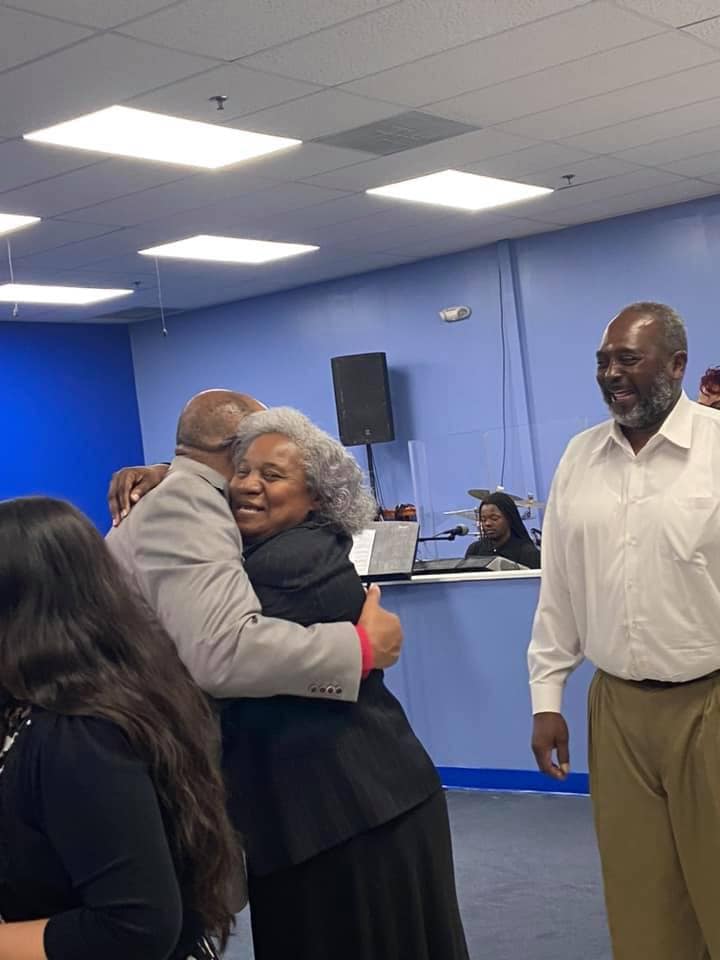 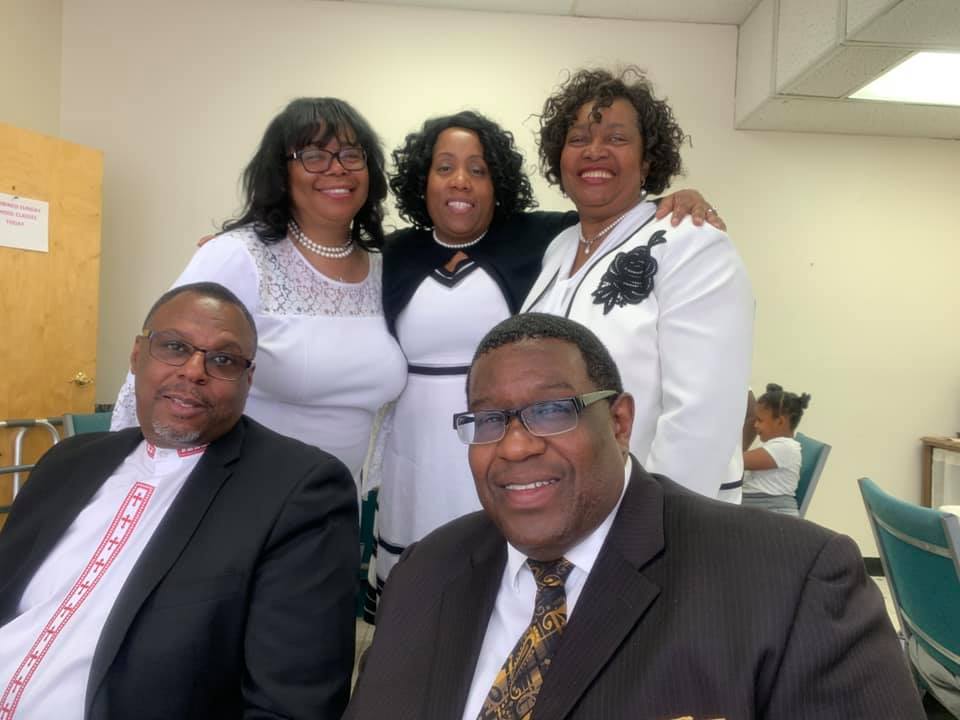 The Servants for Christ Baptist Church followed a long and winding path on its way to being founded by Dr. Jerry W. Jones, Jr., and Patricia Jones. Dr. J. Willard Jones Jr., began conducting a bible fellowship at the Bureau of Engraving and Printing in 2000. This bible fellowship grew. Out of the bible fellowship a radio broadcast was developed. Several names for the ministry were submitted to Pastor Jones for consideration. After much prayer, the name Servants For Christ was chosen as the name for this Ministry. This was the name submitted by Minister Clayton Pendleton, now Elder Pendleton. Elder Clayton Pendleton and Minister Sheldon Turner collaborated with Dr. Jones to develop the Servants For Christ Radio Broadcast. Later, Elder Jesse Clay and Rev. Robert Hood assisted in the radio broadcast by lending their support.

Concurrent with this radio ministry, Dr. and Mrs. Jones felt the Lord’s call to begin a full-fledged sanctuary ministry. Thus, Dr. Jones, family members and several of their friends agreed to participate as members or serve as trustees, and submitted the necessary documents to have the ministry incorporated in the State of Maryland. These members and trustees included Patricia Jones – co founder, Lula Jones Clemons, Derrick Jones, Michelle Jones, Englis Tiller, Jesses P. Clay Jr., Brenda Clay, Mrs. Rebecca Carter, Teresa Washington, Erica Tiller, and Shelton Turner. Servants for Christ Baptist Church was officially incorporated on July 3, 2003. The first Church Service was held on December 7, 2003 at Gateway Cathedral of Praise in Temple Hills, Maryland. Dr. Jones developed the by-laws, and Constitution documents which were subsequently approved by church members. Since that time the Ministry has received the 501 (c) 3 tax-exempt status from the Federal Government (Internal Revenue Service) and the State of Maryland. The Church has also been set-aside as a Baptist Church by the Baptist Association and Auxiliaries of Southern Maryland and Vicinity, where Dr. Jones served as the Moderator. The Church is currently involved with the United Baptist Convention of Maryland. Through the efforts of Trustee Rebecca Carter, Mr. Englis Tiller (deceased) and Dr. Jones, the ministry found favor with God and a temporary worship location was identified at 4400 Stamp Road, Temple Hills, Maryland, which was then the home of Gateway Cathedral of Praise. Within a year the ministry relocated to the Washington Street Baptist Church, 1409 Ivywood Ave, Capitol Heights, Maryland. After 18 months, the Church moved to 11101 – D Indian Head Highway, Fort Washington Maryland 20744. The New Hope Baptist Church under the leadership of Pastor Carl Tilghman had graciously shared their space and provided the Servants For Christ Baptist Church an opportunity to have a welcoming and peaceful place to worship and fellowship. Since 2009, we have been in our present location on Cady Drive and give praise to God for bringing us here.

Servant For Christ Baptist Church licensed Ms. Teresa Washington and Ms. Marcia Dial Kimbrough, and ordained Mr. Robert L. Hood in 2005. In July and August 2006, each of these Ministers sought out other ministerial opportunities and departed from Servants for Christ Baptist Church. We also had several associate ministers to join and depart, namely, Kevin Shelton, Lisa Littlejohn, Rev. Billye F. Cribbs, Geraldine Blair, Marilyn Evans, and Joanne Mason. These associates also departed the ministry. Mrs. Barbara Hood and Mr. Robert Blair served as Deacons in the ministry and have since departed.

The sermons, guest speakers, gospel recording artists, poets and others heard on the radio and television broadcasts are all efforts to afford ministry to the broader community. The television broadcast also provides opportunities for these speakers and artists to receive exposure and to receive training in various aspects of the ministry. Dr. Jones has also worked diligently in several prison ministries for over the past ten years and has provided ministry and evangelized to the community at-large. He was a Professor and Chair of Church Vocations at The Maple Springs Baptist Bible College and Seminary, and taught theological courses to graduate and undergraduate students. Dr. Jones also served as the Assistant Director for the Steering Committee for Accreditation Self Study. All of the activities of the Servants for Christ Baptist Church were presented to the Baptist Association and Auxiliaries of Southern Maryland for consideration to consecrate the Servants For Christ Baptist Church at the “set apart” service on October 30, 2004. In September 2006, Servants for Christ Baptist Church broadened the radio broadcast ministry and their public ministry by broadcasting on CTV 76, Prince George’s County, Maryland. The year 2006 was accented by the Ordination of Deacons Mae-ozia Miles (deceased) and Lula Mae Jones-Clemmons. The ministry licensed three outstanding dedicated servants on February 24, 2013: Ms. Sandra Ross – Minister of Music; Trustee Chair – Mrs. Deidre Trass; and First Lady, Deacon Chair and Church Administrator, Mrs. Patricia A. Edmond-Jones. The Ministry has also been blessed with the services of our long friend Rev. Harry Lundy who serves as the Assistant to the Pastor. We give God all the credit for an opportunity to serve, even in the face of trying and difficult times. In fact, the Ministry was scheduled to close at least three times, but at each juncture God stepped in and said not so and the ministry has continued.

Due to the increase in conflict between citizens and law enforcement, particularly in the black community, Servant For Christ had a series of forums, discussions and focus on the community broadcast to address the pressing issue of black lives matter. Pastor Jones hosted and produced these forums and broadcast.

Due to her dedication and commitment to kingdom building, Servants for Christ Baptist Church named Mrs. Patricia Strickland as woman of the year for 2016. The Church assisted Maple Springs Baptist Bible College and Seminary with a fund raising effort to augment the increasing cost of that institution. Both Pastor Jones (taught) and First lady Patricia Jones worked (business office) at that institution without pay and the SFC Baptist Church members contributed $1,600.00.

The Church also established a choir during 2016 and appointed Ms. Arlene Robinson over the Praise and Worship ministry; Mr. Patrick Berryman serves as a Deacon and has volunteered to take on sexton responsibilities. Ms. Patricia Strickland took on a role with the Trustee ministry and Ms. Joy Mae serves as the Pastor’s aide Chair. Rev. Eugene Poole and Rev. Beverly Moses also joined with the church and have taken leadership roles with the ecclesiastical staff.

The Affirmation of Faith 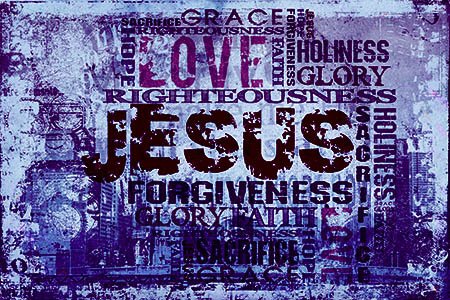